‘A given amount of work produces a specific amount of heat’

4.18 joules of work is equivalent to one calorie of heat.

In 1798 COUNT RUMFORD suggested that mechanical work could be converted into heat. This idea was pursued by Joule who conducted thousands of experiments to determine how much heat could be obtained from a given amount of work.

Even in the nineteenth century, scientists did not fully understand the properties of heat. The common belief held that it was some form of transient fluid – retained and released by matter – called CALORIC. Gradually, the idea that it was another form of energy, expressed as the movement of molecules gained ground.
Heat is now regarded as a mode of transfer of energy – the transfer of energy by virtue of a temperature difference. Heat is the name of a process, not that of an entity.

Joule began his experiments by examining the relationship between electric current and resistance in the wire through which it passed, in terms of the amount of heat given off. This led to the formulation of Joule’s ideas in the 1840s, which mathematically determined the link.

Joule is remembered for his description of the conversion of electrical energy into heat; which states that the heat (Q) produced when an electric current (I) flows through a resistance (R) for a time (t) is given by Q=I2Rt

Its importance was that it undermined the concept of ‘caloric’ as it effectively determined that one form of energy was transforming itself into another – electrical energy to heat energy. Joule proved that heat could be produced from many different types of energy, including mechanical energy. 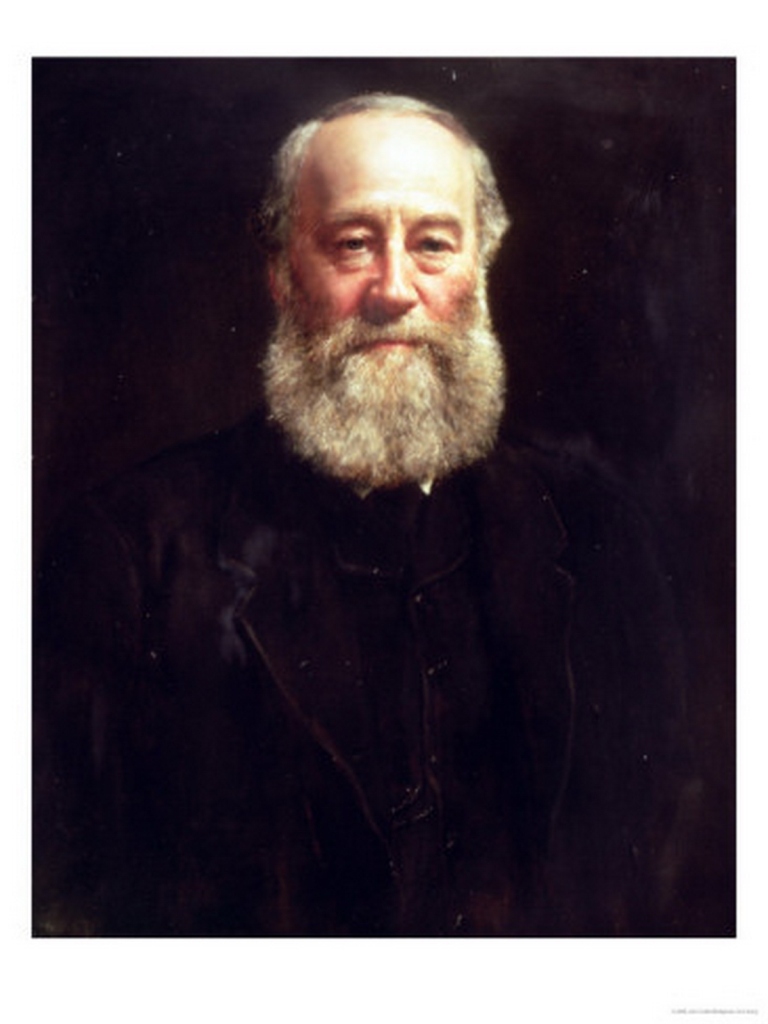 Calorimeter used by Joule in his 1876 determination of the mechanical equivalent of heat.

Joule was the son of a brewer and all his experiments on the mechanical equivalent of heat depended upon his ability to measure extremely slight increases in temperature, using the sensitive thermometers available to him at the brewery. He formulated a value for the work required to produce a unit of heat. Performing an improved version of Count Rumford’s experiment, he used weights on a pulley to turn a paddle wheel immersed in water. The friction between the water and the paddle wheel caused the temperature of the water to rise slightly. The amount of work could be measured from the weights and the distance they fell, the heat produced could be measured by the rise in temperature.

Joule went on to study the role of heat and movement in gases and subsequently with WILLIAM THOMSON, who later became Lord Kelvin, described what became known as the ‘Joule-Thomson effect’ (1852-9). This demonstrated how most gases lose temperature on expansion due to work being done in pulling the molecules apart.

Thomson thought, as CARNOT had, that heat IN equals heat OUT during a steam engine’s cycle. Joule convinced him he was wrong.

The essential correctness of Carnot’s insight is that the work performed in a cycle divided by heat input depends only on the temperature of the source and that of the sink.

Synthesising Joule’s results with Carnot’s ideas, it became clear that a generic steam engine’s efficiency – work output divided by heat input – differed from one (100%) by an amount that could be expressed either as heat OUT at the sink divided by heat IN at the source, or alternatively as temperature of the sink divided by temperature of the source. Carnot’s insight that the efficiency of the engine depends on the temperature difference was correct. Temperature has to be measured using the right scale. The correct one had been hinted at by DALTON and GAY-LUSSAC’s experiments, in which true zero was -273degrees Celsius.

A perfect cyclical heat engine with a source at 100degrees Celsius and a sink at 7degrees has an efficiency of 1 – 280/373. The only way for the efficiency to equal 100% – for the machine to be a perfect transformer of heat into mechanical energy – is for the sink to be at absolute zero temperature.

Joule’s work helped in determining the first law of thermodynamics; the principle of the conservation of energy. This was a natural extension of his work on the ability of energy to transform from one type to another.

Joule contended that the natural world has a fixed amount of energy which is never added to nor destroyed, but which just changes form.