’The second law of thermodynamics’. The law says that many processes in nature are irreversible, never going backwards. It defines the direction of time (time cannot go backwards).

Clausius tried to understand why mechanical energy is in some sense a ‘higher’ form of energy than heat, and why it isn’t possible to change heat into mechanical energy with 100% efficiency, although the opposite is true.

He managed to link the degree of order and disorder in a system to the reversibility of a process. 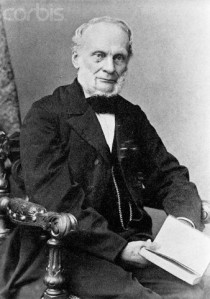 In 1865, Clausius used the term entropy as a measure of the disorder or randomness of a system. The more random and disordered a system is, the greater the entropy. The entropy of an irreversible system must increase; therefore, the entropy of the universe is increasing. A force acts to minimize the disequilibrium of energy and to maximize entropy, an object rolling down a hill can come to a stop by friction, but the heat generated through that friction cannot be used to bring the object back to the top.