‘The complex mathematical equation describing the changing wave pattern of a particle such as an electron in an atom. The solution of the equation gives the probability of finding the particle at a particular place’

This equation provides a mathematical description of the wave-like properties of particles. 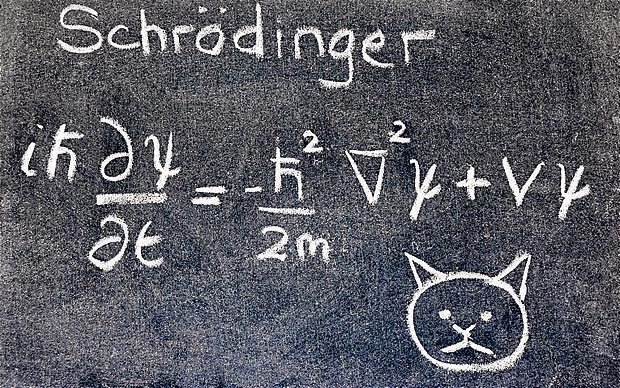 Schrödinger developed what became known as ‘wave mechanics, although like others, including EINSTEIN, he later became uncomfortable with the direction quantum theory took. His own proposal was built upon that of LOUIS DE BROGLIE – that particles could, in quantum theory, behave like waves. Schrödinger felt that de Broglie’s equations were too simplistic and did not offer a detailed enough analysis of the behaviour of matter, particularly at the sub-atomic level. He removed the idea of the particle completely and argued that everything is a form of wave.

PLANCK’s work had shown that light came in different colours because the photons had different amounts of energy. If you divided that energy by the frequency at which that colour of light was known to oscillate, you always arrived at the same value, the so-called Planck’s constant.

Between 1925 and 1926 Schrödinger calculated a ‘wave equation’ that mathematically underpinned his argument. When the theory was applied against known values for the hydrogen atom, for example in calculating the level of energy in an electron, it overcame some of the elements of earlier quantum theory developed by NIELS BOHR and addressed the weaknesses of de Broglie’s thesis.
Schrödinger stated that the quantum energies of electrons did not correspond to fixed orbits, as Bohr had stated, but to the vibration frequency of the ‘electron-wave’ around the nucleus. Just as a piano string has a fixed tone, so an electron wave has a fixed quantum of energy.

Having done away with particles, it was required that a physical explanation for the properties and nature of matter be found. The Austrian came up with the concept of ‘wave packets’ which would give the impression of the particle as seen in classical physics, but would actually be a wave.

The probabilistic interpretation of quantum theory based on the ideas of HEISENBERG and BORN proposed that matter did not exist in any particular place at all, being everywhere at the same time until one attempted to measure it. At that point, the equations offered the best ‘probability’ of finding the matter in a given location. Wave mechanics used much simpler mathematics than Heisenberg’s matrix mechanics, and was easier to visualise.
Schrödinger showed that in mathematical terms, both theories were the same and the rival theories together formed the basis for quantum mechanics. 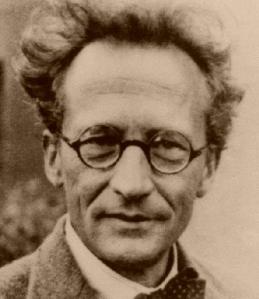 Schrödinger joined Einstein and others in condemning the probabilistic view of physics where nothing was explainable for certain and cause and effect did not exist.

Ironically, PAUL ADRIAN MAURICE DIRAC went on to prove that Schrödinger’s wave thesis and the probabilistic interpretation were, mathematically at least, the equivalent of each other. Schrödinger shared a Nobel Prize for Physics with Dirac in 1933.